It was only relatively recently that tiny, single-celled thaumarchaea were discovered to exist and thrive in the pelagic ocean, where their population size of roughly 1028 (10 billion quintillion) cells makes them one of the most abundant organisms on our planet. A team of researchers from the Biology Centre Czech Academy of Sciences (Budweis, Czechia), MARUM – Center for Marine Environmental Sciences (Bremen, Germany), and Max Planck Institute for Marine Microbiology (Bremen, Germany) have estimated that these chemoautotrophs recycle ~5% of the carbon and phosphorus assimilated by marine algae and release terragrams (1012 g) of dissolved organics to the ocean interior each year. These findings are now published in the journal Science Advances.

The widespread success of marine thaumarchaea arises largely from their ability to convert trace concentrations of ammonia to nitrite, which gives them energy to fix carbon and produce new biomass in the absence of light. This process, termed nitrification, recycles the chemical energy originally derived from photosynthesis by marine algae and is an essential component of global nutrient cycling. Using a radiotracer approach, the collaborative research effort has now determined that archaea fix roughly 3 moles of carbon for every 10 moles of ammonia oxidized and this efficiency varies with cellular adaptations to phosphorus limitation. “Thaumarchaea are active throughout the ocean, and their vast numbers imply significant contributions to global cycles of carbon (C) and nitrogen (N),” says Travis Meador, who is lead author of the study and had received a DFG Eigene Stelle grant to perform this work during his time at MARUM. “Just how much C is fixed by nitrifiers is regulated by the amount of organic N (energy) that is created during photosynthesis, the physiological coupling of nitrification and C-assimilation, and also apparently their ability access to phosphorus (P).

Let them eat ammonia
Ammonia in the ocean derives from the breakdown of organic matter produced by phototrophs in surface waters and is a valuable source of energy and nutrition for Eukarya, Bacteria, and Archaea alike. Culture studies of the thaumarchaeon Nitrosopumilus maritimus have previously revealed that the tiny cells (Ø = 0.17-0.22 µm) boast enzyme systems to achieve a high affinity for ammonia and the most energy-efficient C-fixation pathway in the presence of oxygen. “These adaptations make thaumarchaea the oceans’ foremost energy recycler, allowing them to outcompete their bacterial counterparts and create a separate niche, particularly in the deep ocean where energy is limiting,” Meador said. “Our colleagues have suggested that most organic N that is exported below the ocean’s euphotic zone eventually fuels nitrification by thaumarchaea. While the global export flux has been investigated for several decades, there has been no empirical evidence to further couple archaeal ammonia oxidation to global rates of C-fixation, until now.”

The need for P
In addition to their important contributions to chemical fluxes in the dark ocean chemical, thaumarchaea are actually more abundant in the euphotic zone, where the majority of organic matter is respired (to CO2 and ammonia). In fact, the highest accumulations of ammonia may be situated at the base of the euphotic zone, where heterotrophic bacteria feed on the sinking biomass produced in the warm, surface mixed-layer and below which water temperatures decrease rapidly with depth.
This zone, known as the thermocline, also experiences large fluctuations in the concentration and turnover time of another key nutrient, phosphate. The researchers thus questioned if thaumarchaeal access to phosphate may control their contributions to recycled production in the surface ocean.

Interrogating archaea with radioactivity
By introducing radiolabeled 14C-bicarbonate and 33P-phosphate to the culture medium, the authors could track the rates of C and P assimilated into N. maritimus cells and released as dissolved organic carbon and phosphorus (DOC and DOP) metabolites into culture media. Normalizing these rates to nitrification, the researchers generated the first estimates of C-, P-, DOC-, and DOP- yields for a marine archaeon.

Acquainting the models
The upshot of this work is that global rates of C-fixation by widely-distributed thaumarchaea are likely at least 3-fold higher than previously assumed. Also, C- and P-assimilation by marine archaea may now be modeled as directly proportional to the renowned remineralization ratio established by Alfred Redfield in the mid-20th century. The researchers further found that N. maritimus is apt at acquiring phosphate, but strategic increases in cellular phosphate affinity came at a cost of ~30% reduction in C-fixation efficiency. These results may therefore explain the widely ranging values of specific nitrification rate observed across the surface ocean. Finally, Meador portends that “the release of chemosynthetically manufactured compounds by thaumarchaea is minor compared to the substantial reservoir of dissolved organic nutrients in the ocean, but it does represent a fresh flux of labile substrates throughout the ocean interior.” 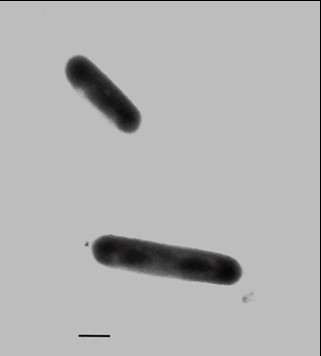