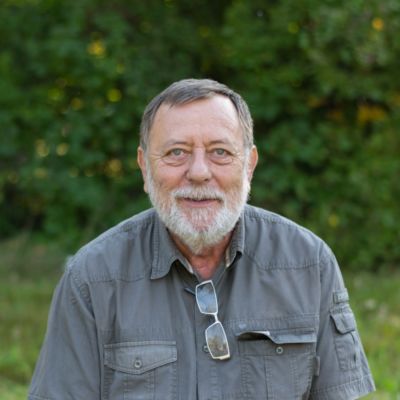 On September 22, 2021 Assoc. Prof Dr. Josef Matěna passed away. He was a long term director of Institute of Hydrobiology and our fellow co-worker, kind and friendly man, smart observer, truly renaissance personality, the naturalist with extremely broad, comprehensive understanding of complexity of nature in time of recent narrow specialization of science he truly represented one of the last man standing of its kind.

Doc. RNDR Josef Matěna CSc. was born 13. 11. 1951 in Prague. He studied Charles University, Faculty of Science, 1970-1975, field of biology, specialization in hydrobiology. Thesis topic “Regeneration of the bottom of the Blatenský pond Velký Bezděkovský after summering”, thesis supervisor Doc. J. Lellák. Rigorous thesis on the topic “Seasonal dynamics and production of larvae of the genus Chironomus in a carp pond” defended at PřfUK in Prague in 1976. Candidate thesis “Ecology and taxonomy of the genus Chironomus in carp ponds” led by Doc. J. Lellák defended at PřfUK in 1984. PGS at the University of Applied Sciences in Brno (1982-1985), field of zootechnics, specialization in fish farming and waterfowl. In 2001, he defended the habilitation thesis “Systematics and ecology of mosquitoes of the genus Chironomus in the Czech Republic” at BF JU.

He started his professional carrier at Institute of Fisheries and Hydrobiology in Vodňany (1978-1982), where he worked as researcher focusing on food biology of fish fry in ponds. Then in 1982-1988 he worked in industry namely Státní rybářství, o.p. – as assistant director foccusing on application of domestic and foreign research results in the practice of State Fisheries, the agenda of foreign relations. Since 1988 he has been a researcher at the Institute of Hydrobiology of the Academy of Sciences of the Czech Republic, focusing on food biology of fish, ecology of macrozoobenthos and cytotaxonomy of the genus Chironomus. After 1990, he was the researcher of 4 grants of the GA AS CR, 1 grant of the GA CR, 2 targeted research projects of the ASCR, 1 foreign grant (University of Waterloo, Canada) and co-researcher of 1 grant NAZV, 1 grant MŽP and 2 grants FRVŠ MŠMT. In the years 2010-2014, the guarantor of the projects of the Ministry of Education, Youth and Sports (CEKOPOT) and SEF (METEPO) in the total financial volume of approximately CZK 20 million. In the years 1993-1998 at the Faculty of Biology, JU regularly led exercises for the basic course “Zoology of vertebrates”, lectured by Prof. Z. Veselovský. Regular selected lectures “Zoology of lower vertebrates, Ichthyology, Ethology of fish and basics of aquaristics, Pond farming and fishing techniques” at the Faculty of Biology, University of South Bohemia. Course Ichthyology and fish taxonomy for doctoral students FLFW JcU. In the years 1986-1998 regular teaching (in English) in the field shift exercise “Limnology of ponds” (the scope corresponds to a one-semester course), organized for students from developing countries in cooperation with UNESCO Austrian AV, since 1991 as head of the working group bentos and fish.

Since 1991 he was head of the HBÚ production processes department. In the years 1992-1996 chairman of the scientific board of HBÚ. One term of office member of the CoR of the ASCR. Two terms of office a member of the Academic Senate of the Faculty of Biology of the University of South Bohemia. For two years a member of POK 206 GAČR. From 1 June 1998 to 30 June 2012, the director of the Institute of Hydrobiology ACR. He retired since 2014 and also employed at IH and SoWa BC ACR. 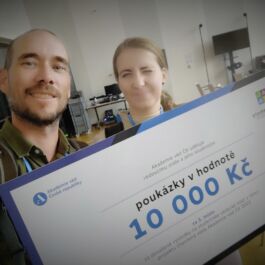 The 2nd meeting of the Czech Society for Stable Isotopes (ČSSI)

Dear colleagues, Several stable isotope researchers have planned to meet in České Budějovice this December, and we thought this would be a great...